After 25 years of non-stop creation and at the peak of their career, the rock band Berri Txarrak decided to hang up their instruments. But before they did that, and as a farewell, they did one last tour around the world to thank all those fans who had bopped to their music all those years. Filmmaker Marina Lameiro went with them with the intention of recording the occasion, constructing a choral portrait from diverse stories that range from Spain to Mexico, Germany, Japan, the United States, etc., all marked by a common passion: the music of Berri Txarrak.

We see what their songs have left behind in a story that follows the final steps of a group capable of transcending a style, a language, and several generations to become a universal phenomenon.

Dardara (Trembling) is a documentary that progresses through the lyrics and reflections of Gorka Urbizu, author of the group’s songs for a quarter of a century and who now faces the vertigo of a creative future that is yet to be written. A film about the power of music and passion – the “minimum requirement,” as one of their lyrics says. Passion is what has guided them from their beginnings to this last tour and what has allowed them to become an important part of the life of thousands of people. 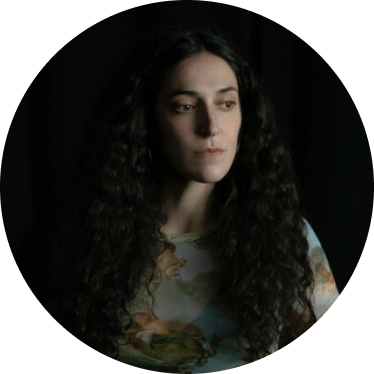 She holds a degree in Audiovisual Communication from the Rey Juan Carlos University, a Master in Creative Documentary from IDEC-Pompeu Fabra University, and a Postgraduate in Audiovisual Editing from the same university. She was likewise an artist in residence for one year at the Collaborative Studio (CoLAB) of the UnionDocs Center for Documentary Art of New York. Marina has produced, written, and directed several documentaries like the feature film Young & Beautiful (2018) –recipient of the Audience’s Special Prize at the Punto de Vista Festival–, a generational portrait whose protagonists question a social system that they neither understand nor accept. Before that, she had made several short films such as 300 Nassau – the result of her stay at New York. In 2017 she co-founded her own production company to promote films by female directors, such as Enero (January, Ione Atenea) or 918 gau (918 Nights, Arantza Santesteban). Marina’s work focuses on non-fiction with a strong presence of the first person. Some of her pieces are based on her own personal experiences; others are in the form of a filmed portrait, with a very intimate and visceral approach to the person they are portraying; in others, although the protagonists are blurred, their personal history is present. Dardara is her second feature film, this time produced by Arena Comunicación and Txalap.art.

Coming together in Lekunberri (Navarre) in 1994, Berri Txarrak is a power trio that bases its music on true rock, only to embrace different styles to achieve an organic and eclectic sound that is both unique and recognisable. Masters of an innate ability in terms of melody, their songs feature well-thought-out lyrics (in Basque) by their frontman Gorka Urbizu. The band has managed to leave its mark on nine studio albums and more than a thousand concerts around the world – albums and live shows that have led them to achieve recognition from both audiences and critics, who have highlighted a constant evolution without the band members giving up their roots, as well as their tireless search for emotion which is intimately linked to undeniable attitude and dedication.

Berri Txarrak is the first group to win the prestigious Adarra Saria Award for their contribution to Basque culture, thus joining a list of exemplary artists of the stature of Mikel Laboa and Anari.